In 2009, a group of concerned citizens began praying and talking extensively about Greenwood’s need for a homeless shelter that could serve both the city and its surrounding neighbors without resources.  As they began to confer with a broader number of people, they all began to realize the important local challenge presented by homelessness and its associated problems.

However, the church found this to be a challenging process. Sadly, many women stopped coming at night because they had no place to go the following morning— and the women’s shelter services were eventually discontinued. In 2013, Pathway purchased part of the Abney Memorial Baptist campus and renovated it for a men’s shelter, which then became the new hub for homeless men in need of cold weather shelter. 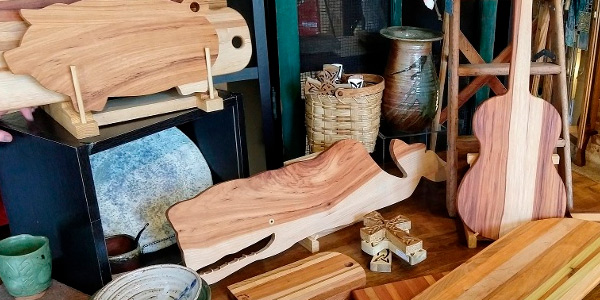 In April of 2014, Pathway House began its Furnishing A Future program for homeless men. Our on-campus workshop helps homeless men learn work ethic, psychological resilience, woodworking and refurbishing skills, providing a platform that is both therapeutic and practical. 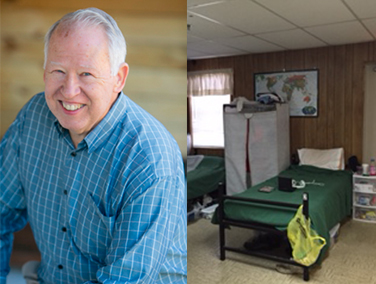 In July of 2014, Pathway took the next step by hiring Ken Kelly (the VP of Adult Ministries at Miracle Hill Ministries in Greenville, SC) to come in as its new Executive Director.  Ken immediately began the process of transitioning to a more comprehensive shelter offering 24-hour services to men 365 days a year. With meager facilities and furnishings, the decision was made to open with only 8 available beds—within 30 days the facility was maxed out.  After months of sustained data collection, it became apparent that the local need for homeless beds and services far exceeded the supply. 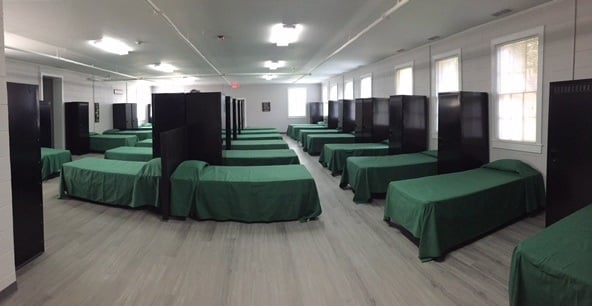 In 2015, Pathway purchased the remainder of the Abney Memorial Baptist campus to expand the Shelter for Men and to add a Shelter for Women and Mothers with Children. Renovations started on the main building in September of 2015 and the new dormitory for men was opened in June of 2016, named in honor of the late South Carolina jurist, Judge Curtis Shaw.  This new men’s facility provides beds, showers and laundry appliances for 29 men. 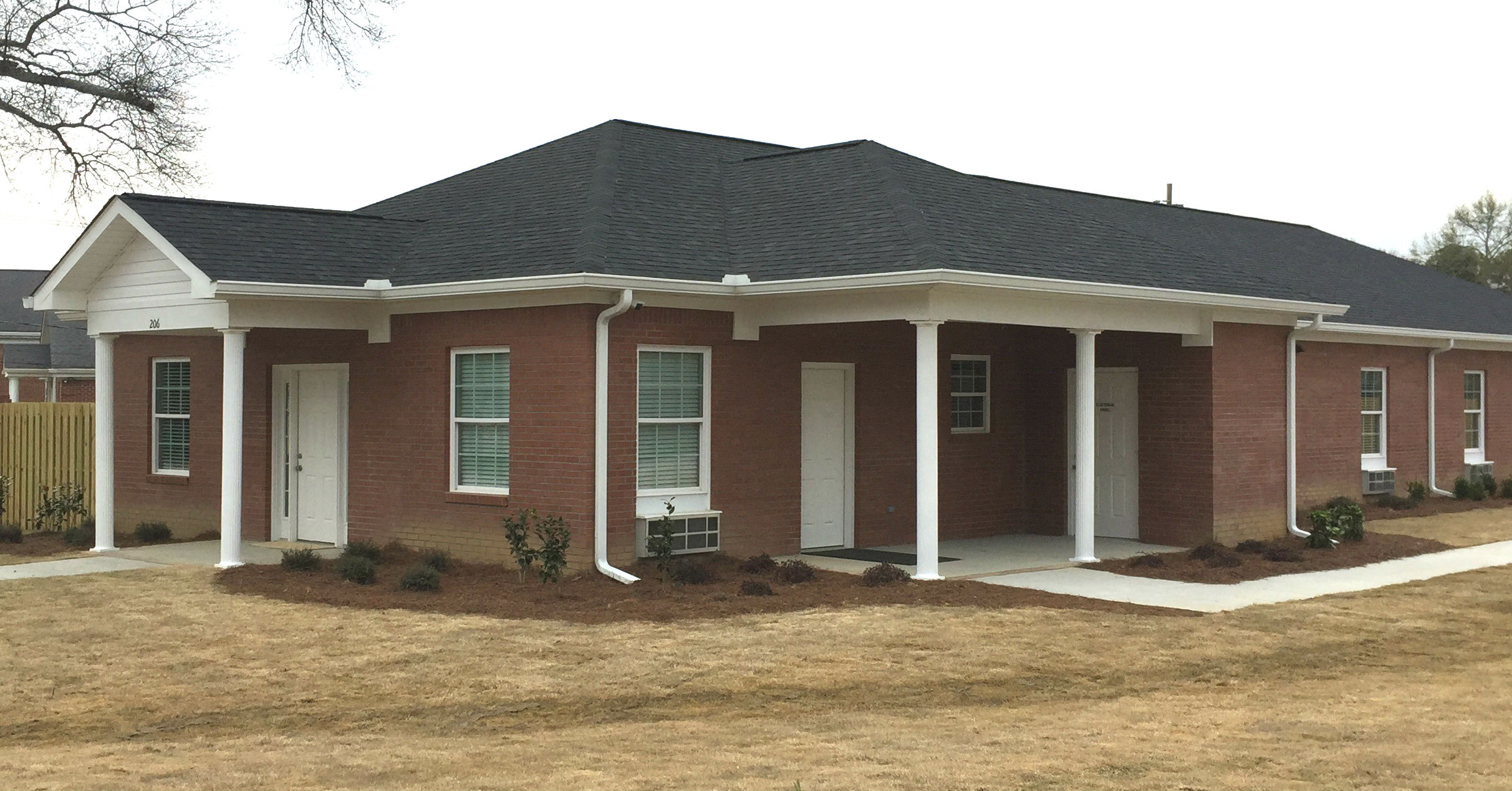 Both shelters provide a safe place to stay and the support needed to transition from life on the streets to ongoing self-sufficiency. By October of 2017 the Shelter for Women and Mothers with Children was operating at full capacity.  Hence, Pathway began looking for a way to develop additional income streams to support an expansion of beds and homeless services for mothers and their children.

After considerable deliberation, the prospect of supplementary income generated by a thrift store operation sounded appealing to the Pathway board of directors. An opportunity soon arose, thanks be to God, for Pathway to purchase a large tract adjacent to its campus.

Many Greenwood natives would recognize this property as the former home of the Davis Buick auto dealership, with its large building on South Main Street—ideal for a thrift store— and providing an appealing and highly visible presence for the ministry on a busy thoroughfare.

At this point, Pathway’s venerable executive director, Ken Kelly, saw this as an appropriate time to pass the torch to a younger CEO, who could shepherd the expanding Pathway House ministry into the future. After an extensive executive search, the Board asked Anthony Price (Executive Director at Haywood Christian Ministry in Waynesville, NC) to come in as its new lead executive, so that Ken Kelly could begin his transition to retirement.

Coming on board in October of 2018, Anthony immediately began the strategic planning process to expand the ministry to meet the needs of the homeless in our area.

Pathway received their first GuideStar Platinum Seal of Transparency in October of 2018 and their accreditation from the Evangelical Council for Financial Accountability in November of 2018. 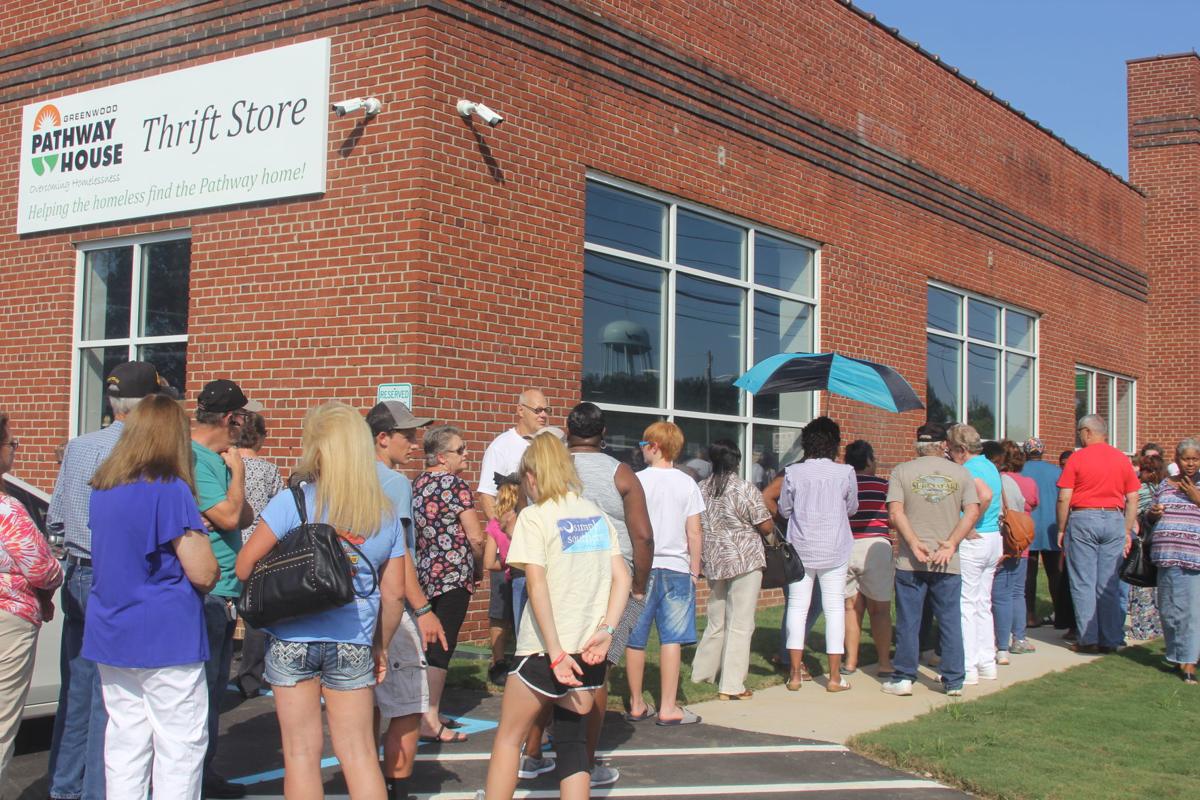 Renovations on the old Davis Buick building started in December of 2018 and were completed by July of 2019. The Pathway Thrift Store opened in August of 2019 and provides income to support the mission of Greenwood Pathway House. Our thrift store also helps homeless women learn work ethic and retail skills through the Clothing a Future Job Readiness Program.

Looking to the future, Pathway has implemented the planning process to further increase the number of beds available for women and mothers with children. The Lakelands region has a large number of homeless mothers with children, evidenced by the fact that we are currently turning away an average of 52 women and children every month, entirely due to a lack of available beds.